2 in stock (can be backordered)

A Tale of Murder Book Three – Murder. Mystery and Mayhem!

Nightmares! Don’t you just hate them?

A thirty year old pact, combined with a dead actor, a kidnapped daughter and a murdered tycoon, makes film director, Richard Sanchez, the prime suspect. Wracked by nightmares of a burning car; two dead bodies and a crying baby, guilty or innocent, he has to flee. Can he save his daughter in time? Death, intrigue and the wrong sort of action!

Paperback £9.99 from all leading Book Stores or buy it here, direct from the publisher below

2 in stock (can be backordered) 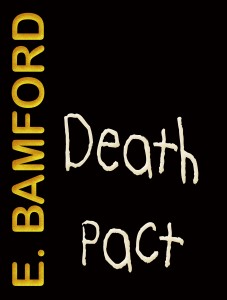 A Tale of Murder Book Three

Nightmares! Don’t you just hate them?

Los Angeles based Oscar-winning film director, Richard Sanchez has one: a burning car; dead bodies, a crying baby and the pact he made as a youngster. For over thirty years Richard has kept his past a closely guarded secret. Why now has the nightmare returned? What is it trying to tell him?
During the making of his latest Aztec movie disaster after disaster strikes. A cast member is murdered. Richard’s beautiful movie star daughter is kidnapped and a young woman dies in his home. The murder of the movie’s producer is the last straw – Richard is now top of the suspect list and his only chance is to go on the run.

Is he innocent? Will he find his daughter across the Mexican border, or is he just getting more and more enmeshed in a situation from which there is no escape?

Death, intrigue and the wrong sort of action!

Paperback £9.99 from all leading Book Stores or buy it here, direct from the publisher

3 reviews for Death Pact – Info on eBook £3.50 and Paperback

This site uses Akismet to reduce spam. Learn how your comment data is processed.